Jo is a London based Chinese artist who came to the United Kingdom in 1970. In her earlier years in Hong Kong and South Korea she studied traditional Chinese painting and calligraphy. Later on while studying art and design in London she developed her own quirky style of creating artworks with mixed media on canvas and paper. Mixing both eastern and western techniques and styles often results in unusual interpretations of familiar subjects. 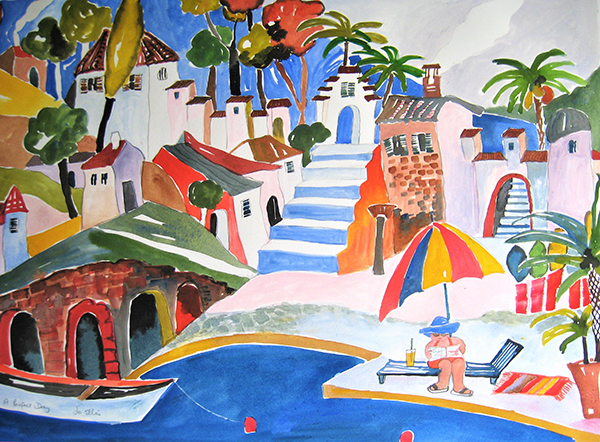 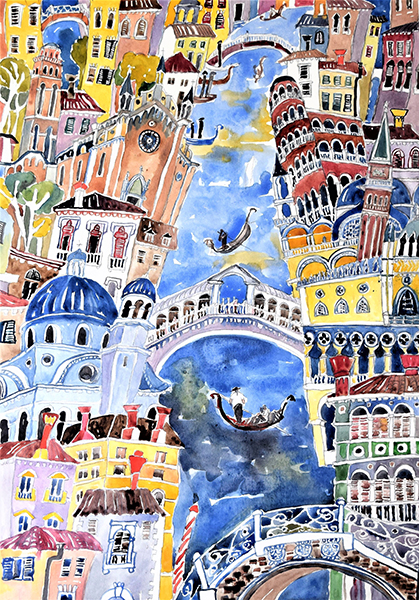 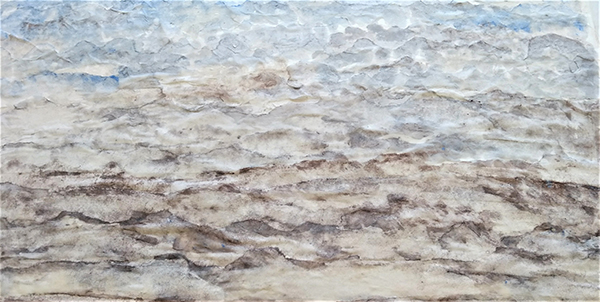 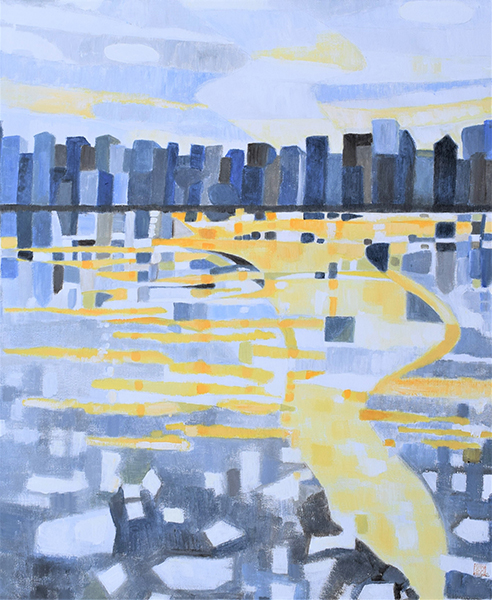 Winter Reflection - A reflection of the city by the frozen river, created beautiful patterns of broken ice (Acrylic on canvas, 760x600mm, framed, £245) 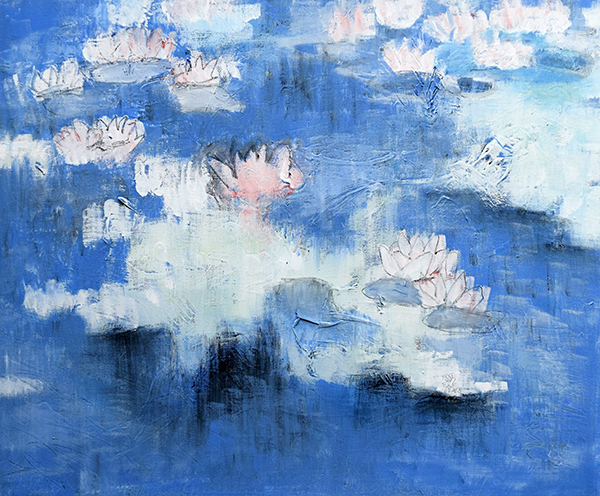 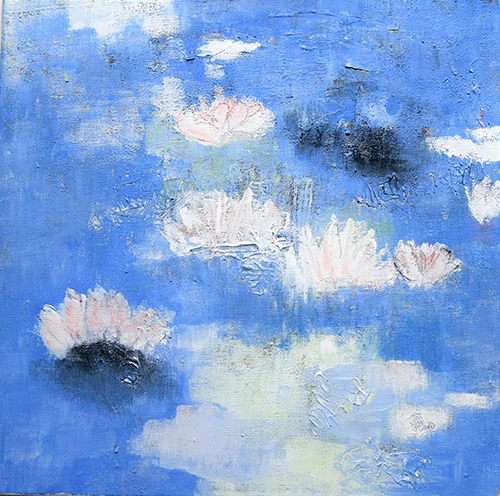 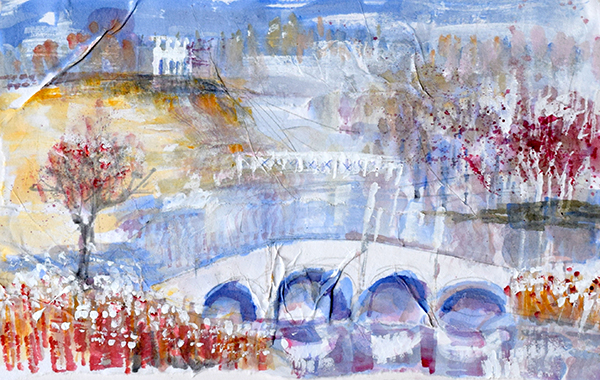 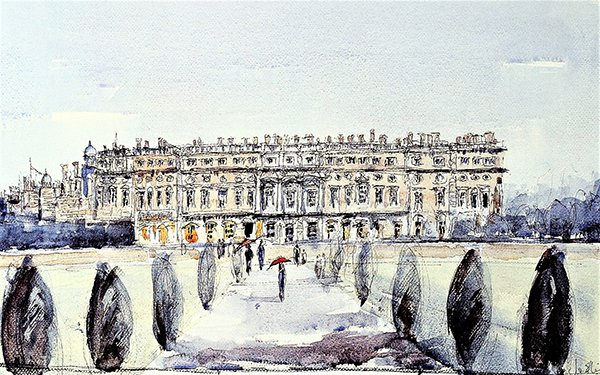 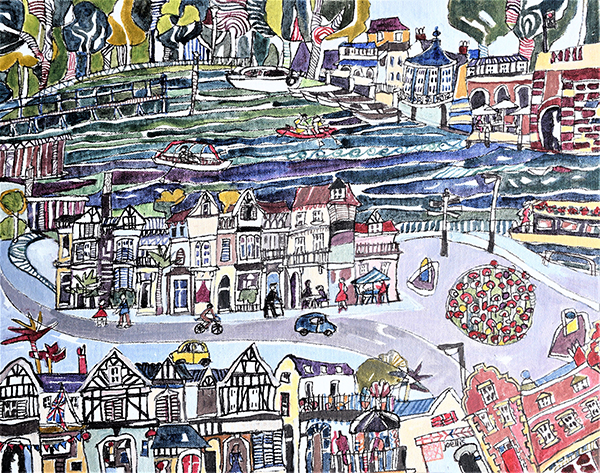